Is this the toughest recruitment market on record?

It’s been over two years since Covid-19 first graced the stage and, although now waning, the effects continue to reverberate - nowhere more so than in the UK recruitment market.

How did we get here?

In the early days of the pandemic, the OBR – the UK Government’s official economic forecaster – expected unemployment to peak at 7.5%, which is close to the levels experienced after the financial crash of 2008 and much higher than the 4% we had become used to. In short, we were expecting too many candidates and not enough jobs, but what we have is the opposite. So what happened?

The furlough scheme happened. It maintained incomes and kept people in their jobs, ensuring employers retained vital skills and knowledge. Recruitment was generally not a challenge because: 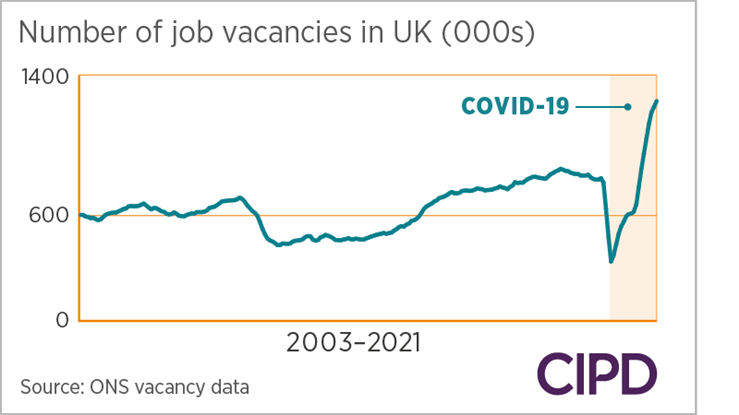 As the economy reopened, these trends went into reverse. By the end of 2021, the economy had surpassed its pre-pandemic size. As a result, demand for candidates is now strong. The ONS estimates a record-breaking 1.25 million vacancies currently. The graph, left, shows that vacancies haven’t just caught up to pre-pandemic levels; they’ve overshot by a long margin.


Looking at candidates, the current limited supply is restricted for several reasons: 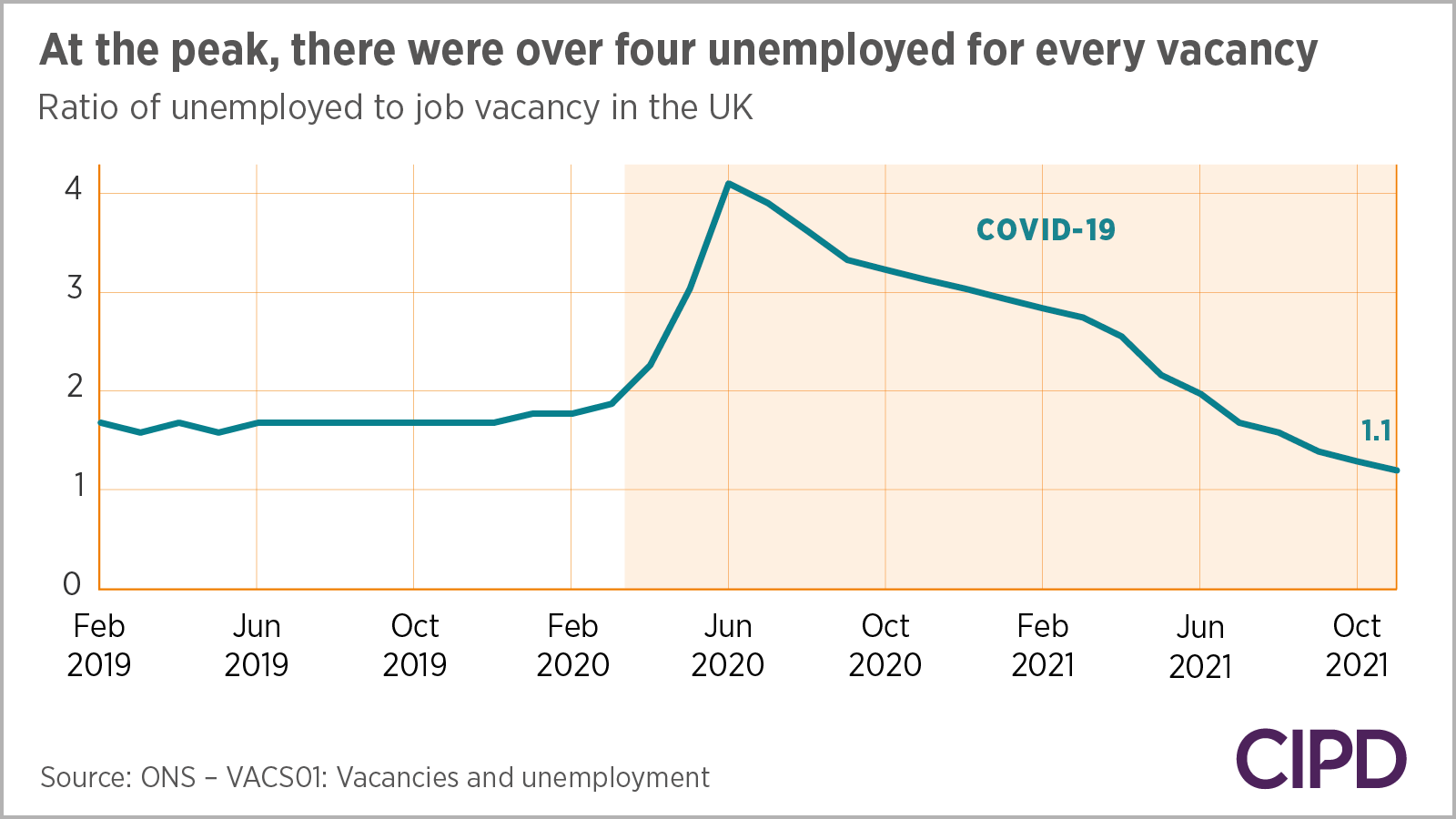 What about the great resignation?

The evidence for a great resignation is mixed, but the UK hospitality sector is instructive. The graph below shows hospitality’s average tenure in months over time. Tenure rose as the sector was heavily furloughed and staff churn/turnover stopped. On reopening, tenure fell as people started to move to other jobs. Beyond hospitality, increased job-to-job moves have also been seen more generally. Some of these could be attributed to a post-pandemic rush from candidates to catch up on missed progression opportunities. 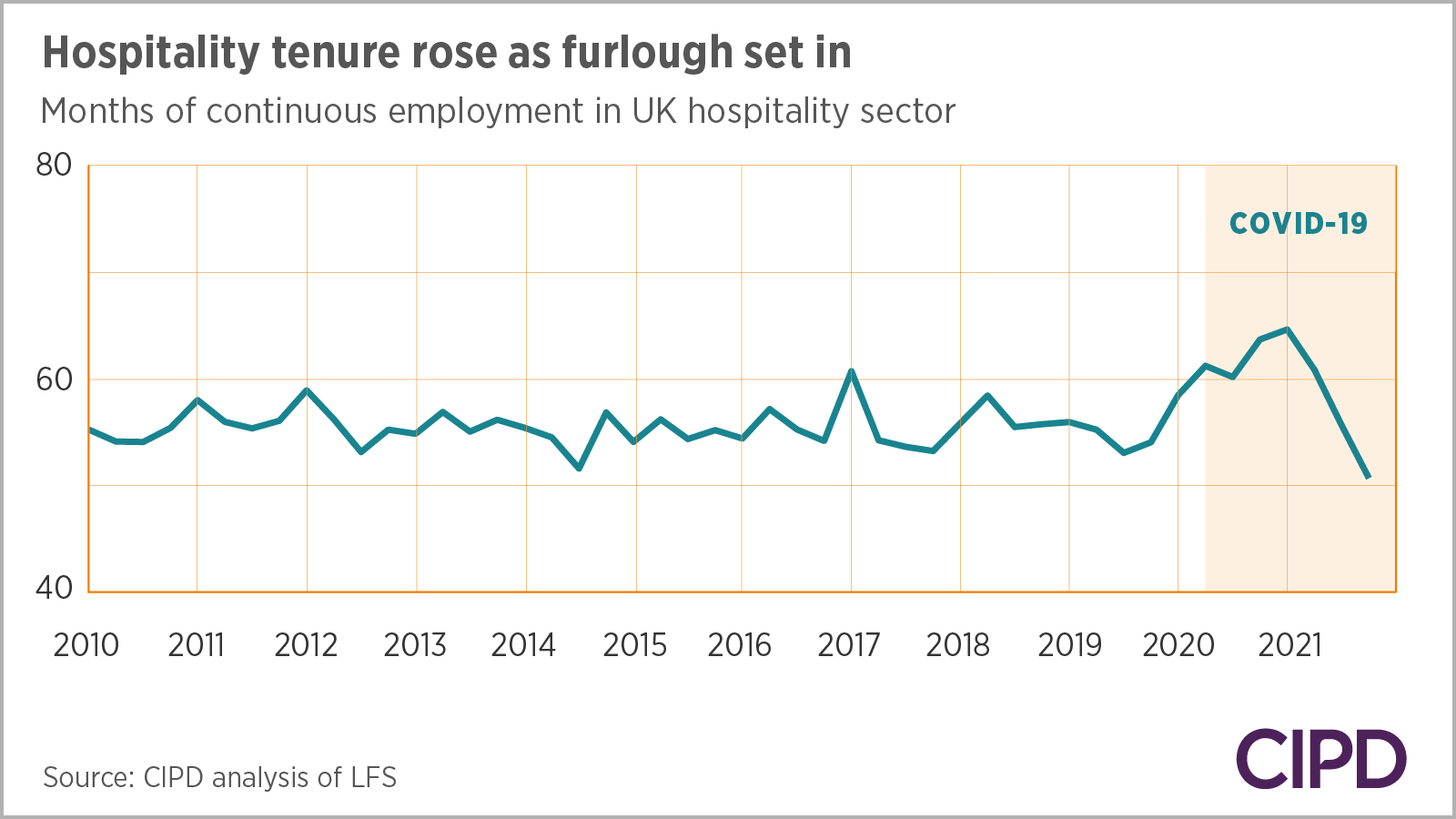 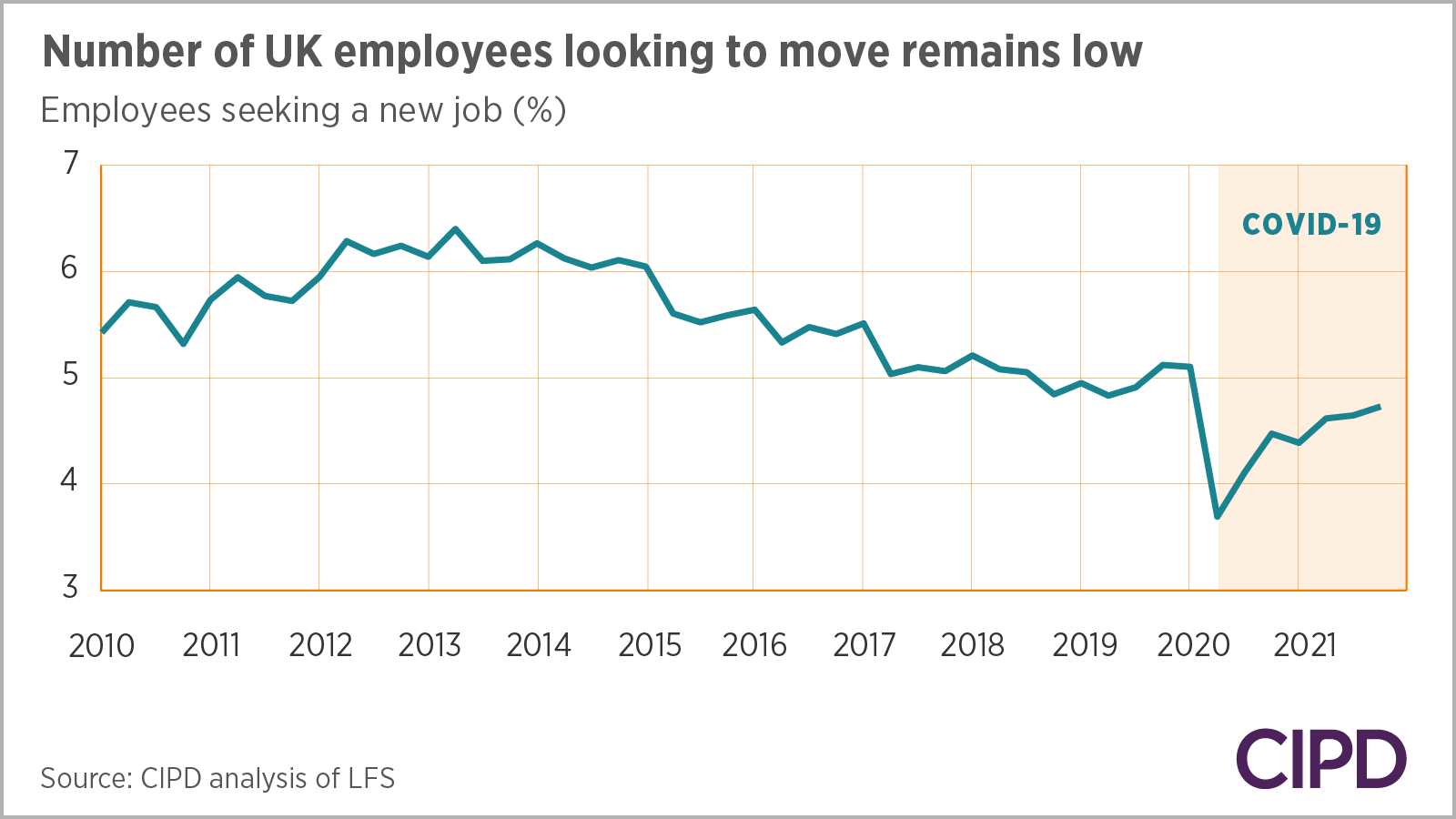 And what’s around the corner

The CIPD’s latest Labour Market Outlook quarterly report certainly suggests that recruitment is difficult and won’t be getting easier soon. Almost half (46%) of UK employers report having hard-to-fill vacancies, and nearly two thirds (64%) anticipate problems filling vacancies in the next six months. The Bank of England’s latest forecast tends to agree. The bank expects unemployment to fall from 4.1% to about 3.8% in 2022 Q1, and for the labour market to tighten. However, it will then rise to 5% by Q1 2025 (which is still relatively low).

Considering all the above, yes, this may very well be the toughest recruitment market on record. The real question is, what can employers do about it? Well, one way to respond, is to make your employment as appealing as possible, and find out what employees are looking for in a post-pandemic employment offer. YouGov polling for the CIPD asked just that.

It's no surprise that pay and benefits are number one (87%) - and job movers are the most likely to receive a pay bump. Job security (62%) has really gained prominence since the start of the pandemic, as those in employment were much better protected – through the furlough scheme – than the self-employed or unemployed. Flexible working (52%) and hybrid/home working (49%) are also high priorities.

The results suggest that the value people attach to different parts of the employment offer are changing, and employers must respond in turn. 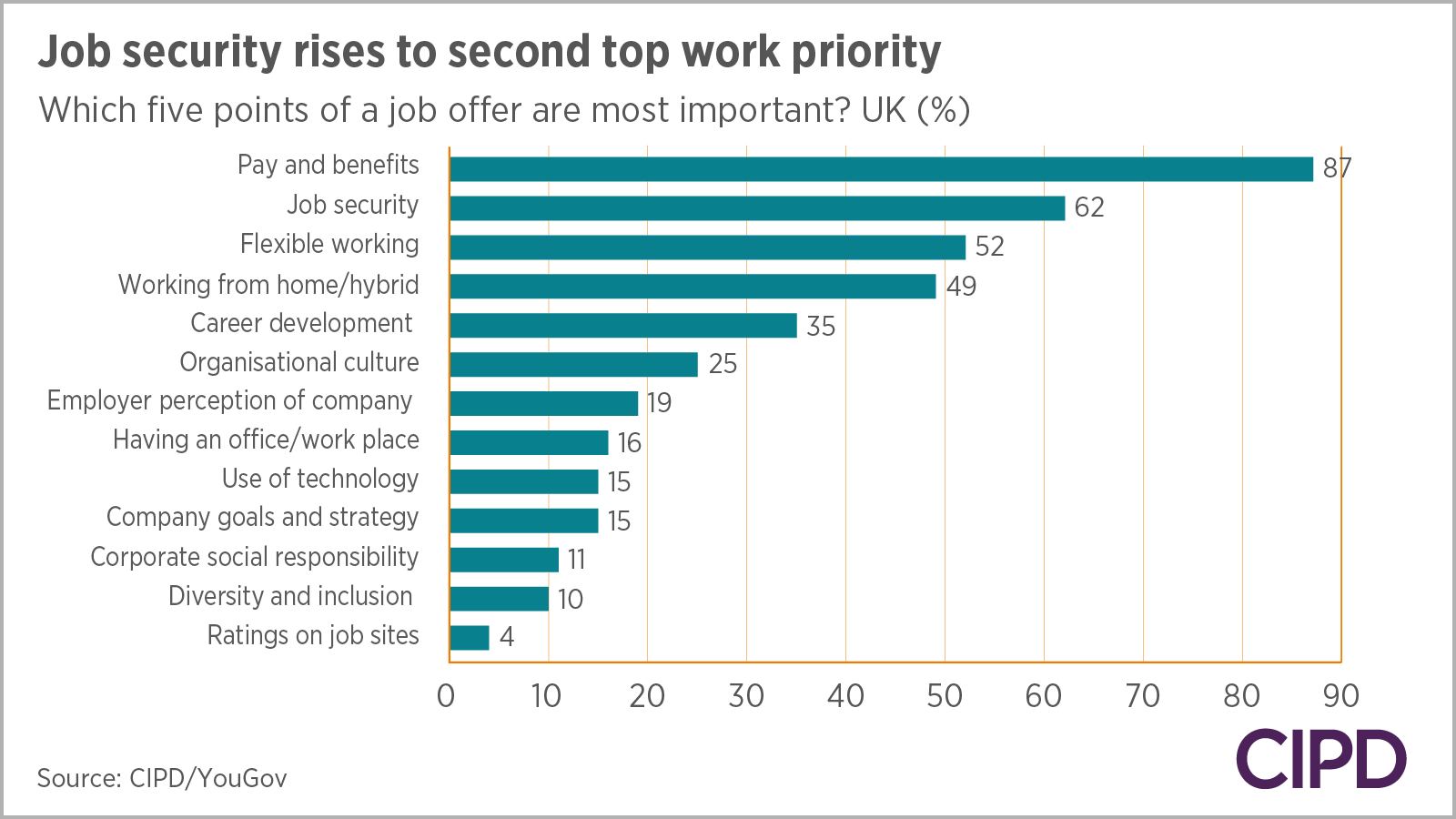