Across the UK today there are 6.5 million unpaid carers supporting a family member or friend who is elderly, disabled or seriously ill - that’s one in eight adults. And within our lifetime, that is estimated to grow to nine million (Carers UK). In England and Wales, an estimated 3.7 million carers also have to juggle their jobs with their caring responsibilities.

Carers keep families together, help those they care for have a better quality of life, contribute immeasurably to society, and save the economy a substantial amount of money. While it can be rewarding, it can also be stressful and isolating if they don’t get the support they need – especially during difficult times, such as during the pandemic.

Impact of the pandemic

Employers need to be aware of carers’ concerns and be as supportive and flexible as possible. The pandemic presented an opportunity for employers to gain an understanding of just how many of their employees have caring responsibilities. Many will have had their first discussions with employees about the vulnerable members of their household, or those who might be dependent on them for care.

The CIPD and the University of Sheffield findings

Under the programme, the CIPD and University of Sheffield conducted a survey of 970 unpaid carers in employment – the first representative survey of working carers in England and Wales (2020). Some of the key findings include: 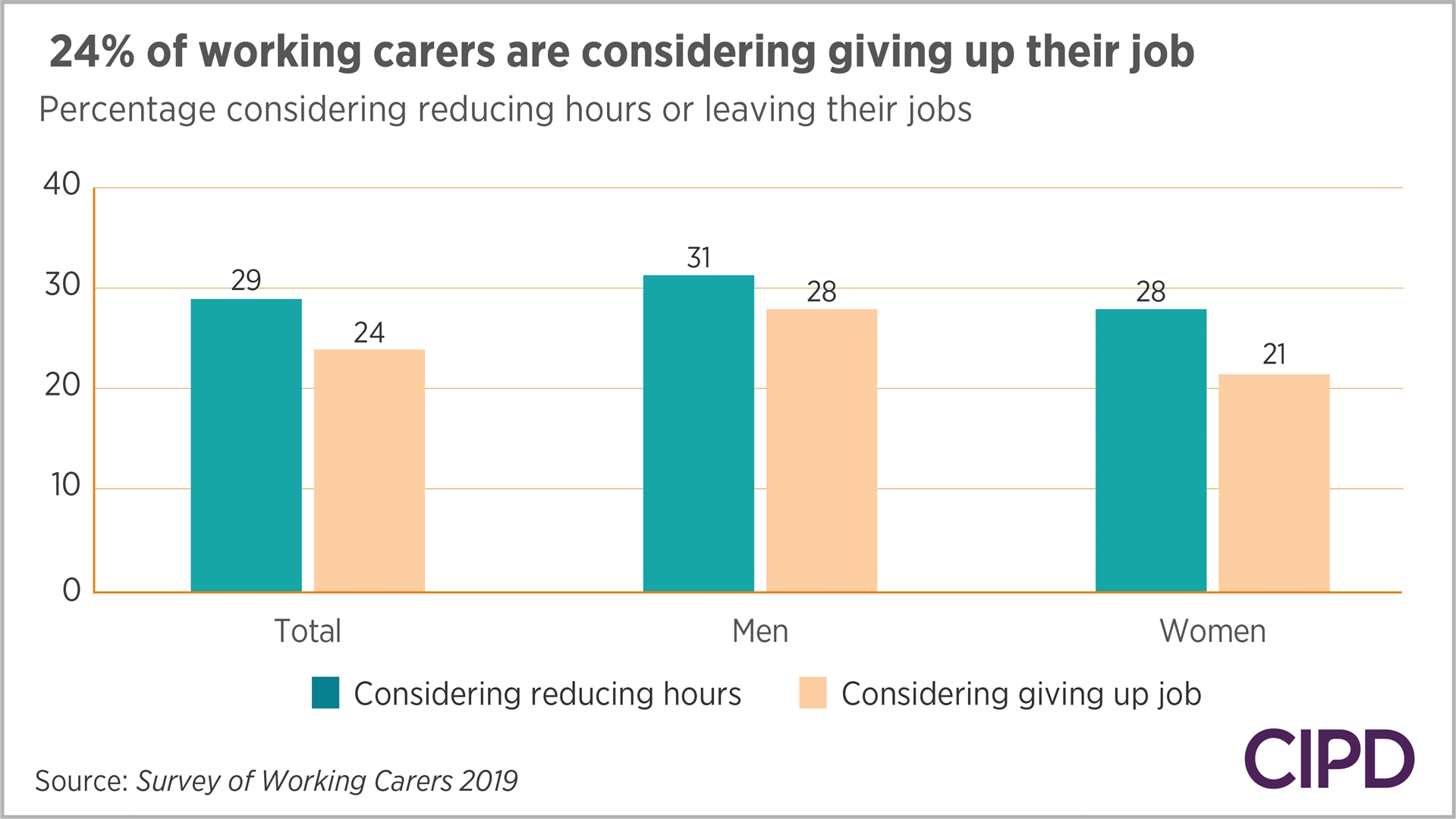 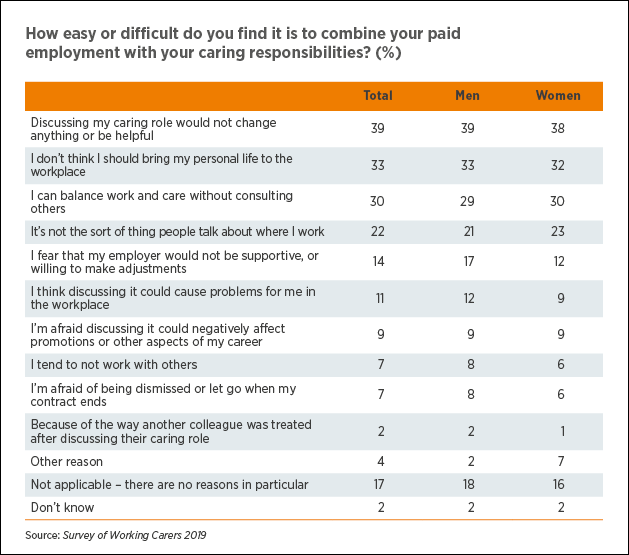 The CIPD’s calls to government

We have two main calls to the UK Government to step up its support for working carers:

Our CIPD Scotland Team, in its 2021 Scottish Election Manifesto, called for reform of Carer’s Allowance eligibility rules to support skills development. The full-time study rule currently disqualifies anyone studying for longer than 21h per week from receiving Carer’s Allowance. This also prevents adult carers from accessing opportunities to upskill and reskill, which are increasingly important. The devolution of Carer’s Allowance – and the introduction of its replacement Scottish Carer’s Assistance – gives the Scottish Government the opportunity for reform. We are delighted that our recommendation has been adopted, and the Government’s recent consultation proposes that the new Scottish Carer’s Assistance doesn’t limit study time.

The CIPD is now calling the UK Government to adopt a similar approach with the Carer’s Allowance. As it stands, the restrictions faced by full-time students disincentivise unpaid carers wishing to develop their skills and progress in their careers. Additional findings from Carers Trust Scotland’s The Student Carer Experience in Scotland 2020 report found that finance was considered as a major challenge for student carers. Three-quarters of student carers surveyed said that money and budgeting were extremely challenging and not being eligible for Carer’s Allowance while continuing to care unpaid for the required 35 hours per week is unjust.

Secondly, we are calling on the UK Government to reconsider making carer’s leave paid.

In the CIPD and Sheffield University research, fewer than one in ten (9%) working carers said that paid leave to fulfil caring responsibilities was available to them, despite this being the form of support most desired. Almost half (46%) of carers had used their own annual leave to provide care, suggesting they are missing the therapeutic benefits provided by annual leave, and putting them at greater risk of burnout.

Working carers welcome not having to use their annual leave allowance to provide unpaid care but having to take time off without pay is challenging given the additional financial costs that so many have provided unpaid care to someone with care needs. Many unpaid carers will also be feeling the financial pressures associated with the current rises in the cost of living. Providing paid leave would also help retain unpaid carers within the workforce, and employers who offer enhanced measures are more attractive to unpaid carers.

Supported working carers are also less likely to consider reducing their hours or quitting their job, potentially with lifelong consequences on careers and income.

So, how can organisations support their working carers?