For the lower paid, career progression is key to a prosperous future. 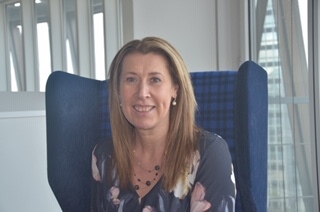 Historically, being in work was a good way to stave off poverty and ensure a good standard of living. But for 1 in 8 working people in the UK, work is failing to live up to that promise – they are living in poverty.  For those employed in lower paid roles to have hope of a better and more prosperous future, career progression is key. Getting a job should be just the start of ‘getting on’ and there is much that employers can do to help make work a more reliable route out of poverty.

According to the CIPD’s latest Reward Management survey, more than half of  employees say that it’s important to them to be able to ‘develop and progress my career and increase my future pay’, but only one in five (20%) say their employer explains what they need to do to earn more money.

At the Co-op, our vision is to ‘co-operate for a fairer world’ and part of that is to ensure that every individual who works for the Co-op can progress and reach their full potential. The Co-op employs more than 65,000 people – mainly in our Food business but also within Co-op Funeralcare.  Supporting them all is no easy task, so we’ve created a range of programmes focussing on particular groups and needs.

Clear pathways to progression give everyone an opportunity to get on

‘My Co-op Career’ is an overarching programme which brings together development opportunities for many colleagues based on three ‘pathways’ – ‘Core’, ‘Boost’ and ‘Excellence’.

‘Core’ is part of the on-boarding-experience at the Co-op.  It allows individuals to get to know the Co-op and understand their role and how they fit in.  ‘Excellence’ is for those who are looking to develop within a role and ‘Boost’ is designed to take individuals up to the next level – be it an Area Manager, Regional Manager or beyond.  Sitting behind these programmes is a commitment to invest in colleagues and progress as far as they want at a pace that suits them.

Apprenticeships enable both internal and external applicants to progress

At any given time, up to 750 apprentices work across our business. Our programmes are open to both internal and external applicants, and they deliver skills, knowledge and behaviours related to specific roles, as well as more general personal and career development. We also offer a maths and English pre-apprenticeship programme, to enable colleagues to meet the minimum standard required.

Lakota is a great example of a colleague for whom an apprenticeship was a means to get on. Lakota says:

‘My Co-op journey began in 2015, when I was just 17 years old. I had little in the way of qualifications and no idea what I wanted to do with my life. My Grandad had always spoken fondly about his job as a Store Manager at Co-op, so I decided to apply for a job as a Customer Team Member.

I quickly settled into life at Co-op. I could see this was a place where I could make something of myself. Within the first couple of months, I began working towards a Team Leader position. In 2017 thanks to a recommendation from my manager, I started my Level 3 Retail Team Leader apprenticeship.

Four years after starting at Co-op, I achieved my apprenticeship and became a Store Manager, just like my Grandad before me. During my apprenticeship, I’d developed all the skills I needed to take on a leadership role – things like coaching, communication and product marketing. This meant I had a great foundation which helped me to succeed in my Store Manager role.’

We can also learn from listening to colleagues about what they need most to support progression. Colleagues from minority ethnic backgrounds have told us clearly, through channels like colleague lifecycle audits and hackathons, that they felt a talent development programme could help them to overcome some of the barriers they encounter when trying to progress their career.

Our ‘Advancing Diverse Talent Pilot Programme’ is proving to do just that. A series of masterclasses are helping these colleagues to overcome certain self-limiting beliefs, cultivate the right mindset and forge new relationships – all of which we hope will help them to create their own legacy by becoming our future leaders. Participants have told us how being part of a closed minority cohort has helped them to open-up and create new relationships. We’ve also seen more senior members of the cohort naturally take on mentoring roles – supporting more junior colleagues with the development of essential skills and behaviours.

Alongside this, we also offer English Language tuition for those who may face further marginalisation and barriers to development because they speak English as a second language, with varying levels of fluency.

These are just some examples of the way in which the Co-op is working to support colleagues to ‘get on’ – there are many more we could share but the message is clear: responsible employers recognise the potential that exists within every employee and will find a way for them to realise it.